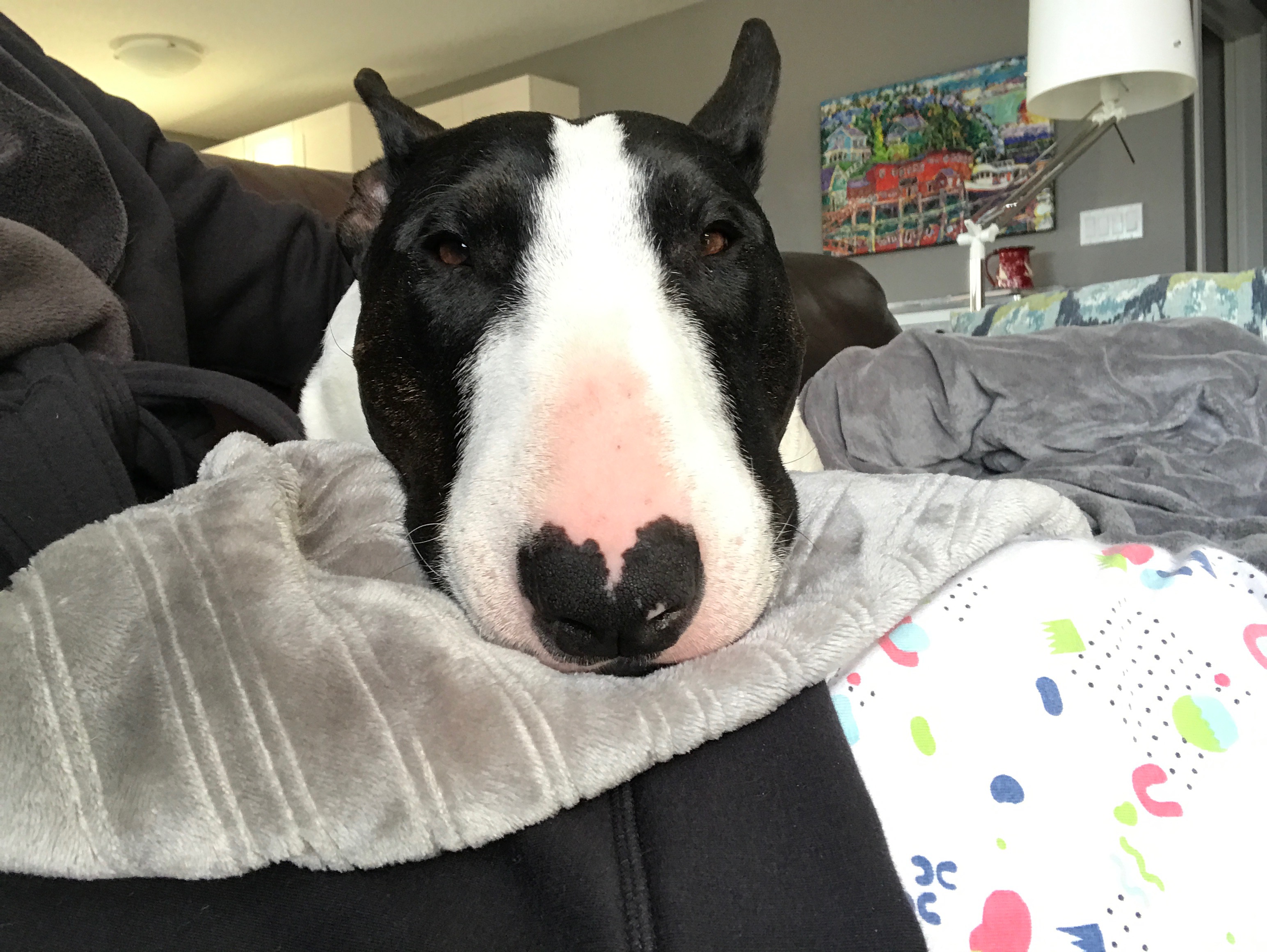 Pot Roast doesn’t have a lot of experience around children because we don’t have many friends with kids, so he has little opportunity to interact with them. On top of that, Roast has a hard time understanding that he’s 75 pounds and has a head as hard as a helmet, so when he moves in his signature whirling dervish manner, he can knock over little humans with impressive ease. So when it was time to get to know my nephews a little better now that we’ve moved closer to them, Roast was keen to snuggle with the little people who always smell like food.

However, the little ones aren’t always as keen to meet Roast as he is to meet them.

Any dog owner will tell you that monitoring pets with children is vital. After all, they’re animals, and we can never really know how they will react. Roast was great when he met my 2-year-old nephew for the first time, but we kept him on a leash just to be safe, to ensure that no one was accidentally over-licked or head-butted or had accidental tails in doors. My sister and I were pleased with how they interacted and patted ourselves on the back for all the hard work we were doing to make responsible dogs and children.

One thing we take comfort in is that Roast will do ANYTHING for food. And I do mean anything. So when my nephew was in his high chair munching in a peanut butter sandwich, we knew that Roast would sit nicely and politely. My nephew loved the approval of two beady eyes, and would reach down to pet Pot Roast every few seconds. Good times all around.

Like all kids, my nephew likes to play with his food. So we didn’t think twice when he started balling up that Wonderbread like it was a baseball. Before we could say anything, he rammed that whole ball of sandwich down Roast’s throat like he was looking to win the World Series.

It was one of those moments where the whole house freezes and watches. Luckily we knew Roast would not bite, and sure enough, even though he’d had half a sandwich shoved down his throat, he simply backed up, coughed twice, and swallowed it whole, licking my nephew’s fingers in drooling appreciation. And just like that, a new bond forged.

While Roast’s response was adorable, this could have ended differently, and reminded my sister and I that we always need to be vigilant, not just about Roast’s behaviour around children, but teaching children to be kind to animals too. We explained that Roast could have choked and that we have to be gentle with pets. So lessons learned all around.

One lesson has definitely been learned in Roast’s eyes: Nephews = Peanut Butter. And there’s not greater love than that between a pooch and his PB.