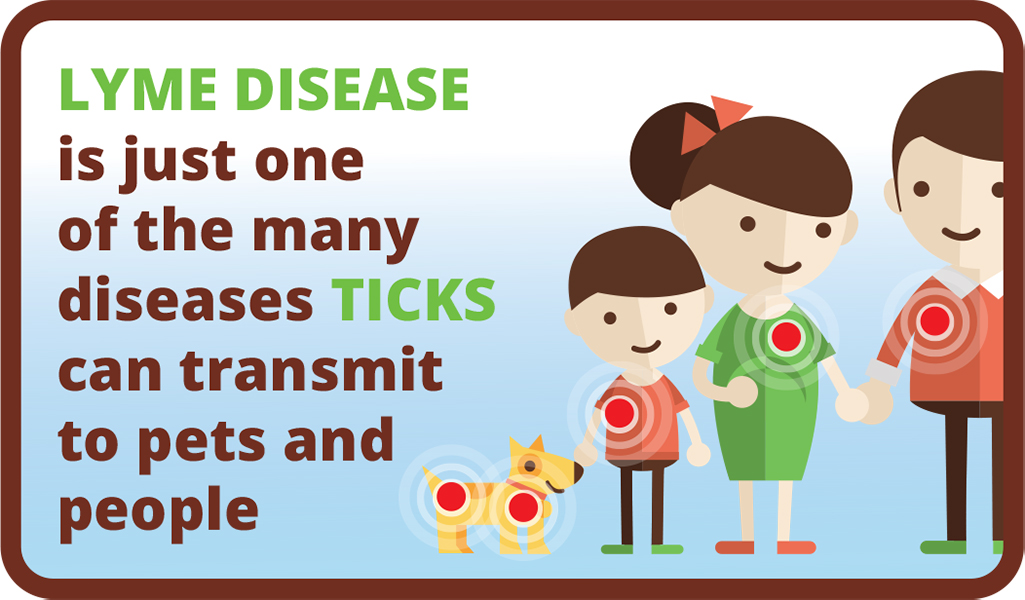 Media attention for Lyme disease seems to have exploded in recent years and what is being reported is very scary indeed, at least in regards to this disease in humans. Not surprisingly our clients at Amherst Veterinary Hospital are worried for their pet and want to know how this disease affects their pet and what they can do to prevent it: Is Lyme disease a problem in Vancouver, the Lower Mainland and the rest of Canada? Should we vaccinate our dog against Lyme disease? What is the best tick preventive to use?

In this blog I hope to answer these questions, but first a bit of background about Lyme disease:

Lyme disease in dogs and humans is caused by a bacterial spirochete named Borrelia burgdorferi. The vector that carries and transmits this spirochete is the Ixodes scapularis tick (aka, Eastern blacked legged/deer tick) and Ixodes pacificus tick (Western black legged/deer tick). As the names imply, the Western deer tick is found primarily west of the Rockies and the Eastern deer tick is found east of the Rockies.

Transmission of the spirochete from an infected tick to the dog requires at least 48-50 hours of tick attachment. Clinical signs develop in only 5-10% of infected dogs. Signs of infection usually develop 2-5 months following infection.

Clinical signs typically involve fever, joint swelling and leg lameness that can affect different joints at different times. Less commonly, dogs may develop a chronic kidney problem that can lead to kidney failure. Diagnosis for the disease is based on the presence of clinical signs, ruling out other causes of joint pain, and by a positive blood test specifically testing for the presence of antibodies to Lyme disease. The presence of clinical signs is important as the blood test only confirms your dog has been infected with Borrelia. Remember that over 90% of dogs infected with Borrelia will not become sick from Lyme disease and these dogs would still test positive on the blood test.

Treatment is with a course of appropriate antibiotics. Clinical signs usually improve within 2 days of starting antibiotics and antibiotics are generally continued for about 4 weeks.

Tick control on our dogs is an effective and safe means of infection prevention. There are several effective tick control products readily available at your local veterinary hospital. At Amherst Veterinary Hospital we recommend NexGuard, Advantix or Bravecto. All of these products either kill the tick or cause it to drop off your pet before the 48-hour deadline, which is the minimum time it takes for transmission of Lyme disease from the tick to your dog.

A tick remover is an inexpensive, handy tool to have as well. This will allow you to easily and safely remove any ticks you see on your pet and can be purchased at many veterinary hospitals. Incidence of Lyme disease in Vancouver, the Lower Mainland and the Rest of Canada

Here is an article in the BC Medical Journal summarizing Lyme disease in British Columbia. http://www.bcmj.org/articles/lyme-disease-british-columbia-are-we-really-missing-epidemic

The take away message from this article is Lyme disease is most prevalent in North Eastern United States, Southern Ontario, Quebec and Manitoba. The reason for this is that the tick Ixodes scapularis is more prevalent east of the Rockies. This tick prefers to feed on the deer mouse as an intermediate host where it can pick up the Borrelia spirochete.

In British Columbia, there is far less Lyme disease because the Lyme vector is primarily the Ixodes pacificus tick. This tick strongly prefers to feed on reptiles rather than mammals thus making it a less efficient transmitter of the disease.

The BC Centre for Disease Control tested 8602 ticks between 1997 and 2007 and found 40 to be positive for B. burgdorferi, translating to only 0.4% of ticks in BC actually carrying the disease causing spirochete.

Should We Be Worried?

With the above information at hand, how worried do we need to be about Lyme disease in our dogs? First off, many of the scary details of Lyme disease you have heard about in the media are in relation to humans. In people, 80% will develop a rash and/or flu like symptoms after being bitten by an infected tick. In the next few weeks, joint pain ensues with 15% of people developing neurologic abnormalities associated with Lyme disease. Weeks to months after treatment, about 60% of people will continue to experience lingering symptoms and 5% will develop chronic neurologic manifestations.

Lyme disease in dogs is an infection for which over 90% of infected dogs will never get sick and the 5-10% that do get sick can be easily treated with a safe inexpensive course of antibiotics. Additionally, only 0.4% of the ticks that do attach to your pet carry Lyme disease.

Vaccination against the Lyme organism remains controversial. I will present both sides of the argument and you can decide if you want to include this vaccination in your Lyme prevention regiment.

Against – The chance of your dog contracting Lyme disease in British Columbia is exceedingly low and all vaccines given should be weighed against the risk of contracting the disease and the severity of the disease.

For– Vaccination is about prevention of infection; just because an illness is not life threatening does not mean that we should not prevent it with vaccine.

Furthermore, in a non-endemic area, Lyme disease is not going to be a cause of arthritis that most veterinarians will consider. Treatment is only simple if one thinks to perform the treatment but in an area where there is very little Lyme disease, this treatment may easily be omitted. Why not just prevent the infection outright from the beginning?

While the vector for Lyme disease, the Ixodes pacificus tick, is present in Vancouver and the Lower Mainland, Lyme disease is still a very rare disease here in our dog population. Having said that, we do see ticks on our pets and the gross factor alone is enough for me to recommend a tick prevention product. At Amherst we recommend the use of a good tick control product as the most effective means of preventing ticks and Lyme disease.