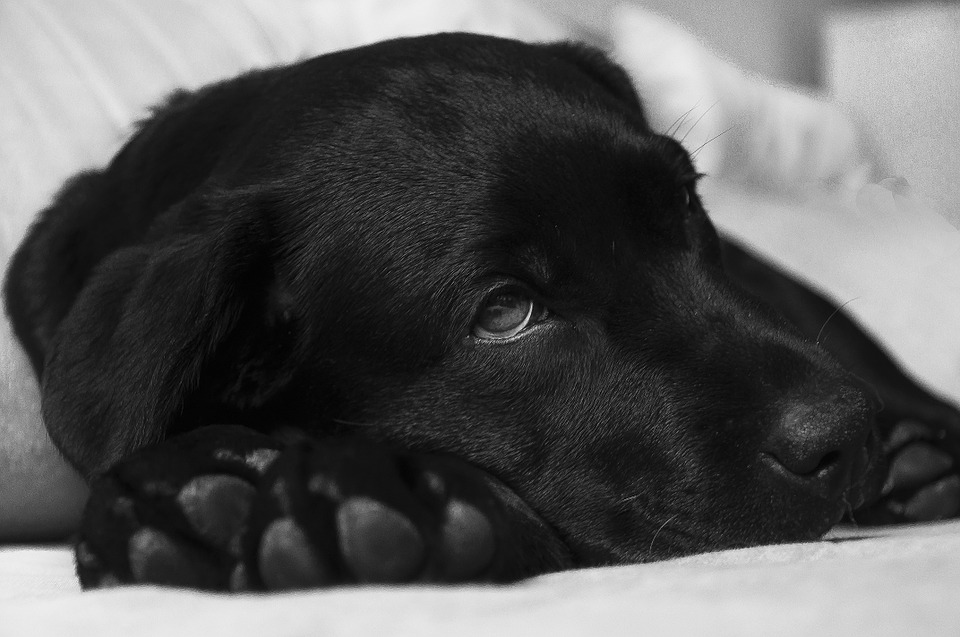 Is your dog coughing from kennel cough? have something caught in his throat? Or vomiting up white foam?

Kennel cough, as the name suggests, is a disease characterized by an acute onset of a dry, hacking cough. Often your dog may even bring up white foamy mucous at the end of a coughing fit.

Generally the diagnosis of kennel cough is fairly straight forward and based on clinical signs. Usually the history of exposure to a crowd of dogs within the proper time frame, plus typical examination findings is adequate to make the diagnosis.

At times the diagnosis can be more challenging as the amount of foam that is brought up with coughing could seem more like the dog is vomiting. Alternately, the onset of coughing can seem so severe and sudden that owners will bring their dogs to the hospital thinking something is stuck in their throat. It’s not uncommon to find grass blades and stick fragments in a dog’s throat.

One case I saw many years ago at Amherst Veterinary Hospital was of a 5 year old Border Collie cross. He had a sudden onset of a dry, hacking cough but was otherwise well; I diagnosed him with kennel cough.

A few days later his cough persisted so we took chest x rays and sedated him to look at the back of his mouth to ensure he didn’t have something stuck or irritating him there; both came back unremarkable.

The dog recovered from his coughing shortly afterwards. A few weeks later the owners called to tell me that for the last several days they had noticed a small lump developing under the dog’s skin on his neck over his trachea. That morning the owners noticed something protruding from the lump; they pulled on it and removed a whole toothpick!

The dog must have eaten a toothpick several weeks prior when the coughing started. The toothpick then became lodged in the trachea/airway which caused the coughing. This could not have been seen without endoscopy as toothpicks do not show up on x-rays. Luckily for the dog the toothpick eventually migrated from the trachea out the neck of the dog. It would have caused serious problems if it had instead travelled down into the dog’s lungs!

This case is certainly an exception for the cause of a sudden cough as Kennel cough is by far the most common, but this is a case I won’t ever forget!

What is Kennel Cough?

Kennel cough is an infectious bronchitis characterized by a harsh, hacking cough that most people describe sounding like “something stuck in my dog’s throat.” This bronchitis may be of brief duration and mild enough to warrant no treatment at all or it may progress to a life-threatening pneumonia depending on which infectious agents are involved and the overall health of the patient. Uncomplicated kennel cough runs a course of a week or two and entails frequent fits of coughing in a patient with an otherwise normal demeanor. Uncomplicated cases do not involve fever or listlessness, just lots of coughing.

The typical cause of uncomplicated kennel cough is infection with Bordetella bronchiseptica along with Parainfluenza or Adenovirus type 2. Infections involving distemper or canine influenza virus are more prone to progress to pneumonia.

An infected dog sheds infectious bacteria and/or viruses in respiratory secretions. These secretions become aerosolized and float in the air where they can be inhaled by a healthy dog. They can also be transmitted on toys, food bowls, blankets and other object.

Dogs at risk of infection are those that frequent kennel or boarding facilities, or interact closely with a multitude of dogs, for example at the dog park or obedience class. Any place where there are lots of dogs and poor circulation or warm air such as a shelter or grooming facility can also be a source of infection.

How is the diagnosis made?

Usually the history of exposure to a crowd of dogs within the proper time frame, plus typical examination findings (coughing dog that otherwise feels well) is adequate to make the diagnosis.

A coughing dog that has a poor appetite, fever, and/or listlessness should be evaluated forpneumonia and radiographs should be taken.

How is Kennel Cough Treated?

Most cases will resolve themselves. Kennel cough may be treated with cough suppressants to provide comfort during natural recovery.

Cases in which pneumonia is suspected or diagnosed are treated with antibiotics.

For Bordetella bronchiseptica, vaccination is given as an injection or as a nasal immunization. There is some controversy regarding which method provides a better immunization or if a combination of both is best.

Intranasal vaccination may be given as early as 3 weeks of age and immunity generally lasts 12 to 13 months. The advantage is that the local immunity is stimulated right in the nose where the natural infection would try to take hold. It takes four days to generate a solid immune response after intranasal vaccination, so it’s best if vaccination is given at least four days prior to the exposure.

In general, immunity is achieved faster with an intranasal vaccine than an injectable.

Vaccination is not useful in dogs already incubating kennel cough. In some cases, vaccination with bordetella minimizes symptoms of illness but does not entirely prevent infection. This is true whether nasal or injectable vaccine is used.

Dogs that have recovered from Bordetella bronchiseptica are typically immune to reinfection for 6 to 12 months.

What if Kennel Cough Does Not Improve?

As previously noted, this infection is generally self-limiting. If no improvement has been observed in a week, a re-check exam (possibly including radiographs of the chest) is recommended. Failure of kennel cough to resolve suggests another condition could be occurring. Kennel cough can activate a previously asymptomatic collapsing trachea or the condition may have progressed to pneumonia.

The best prevention against your dog being exposed to kennel cough is vaccination. If you are unsure whether your dog is at risk given their lifestyle, speak with your vet to decide what is best for you and your dog.