The Importance of Registering your pet’s Microchip 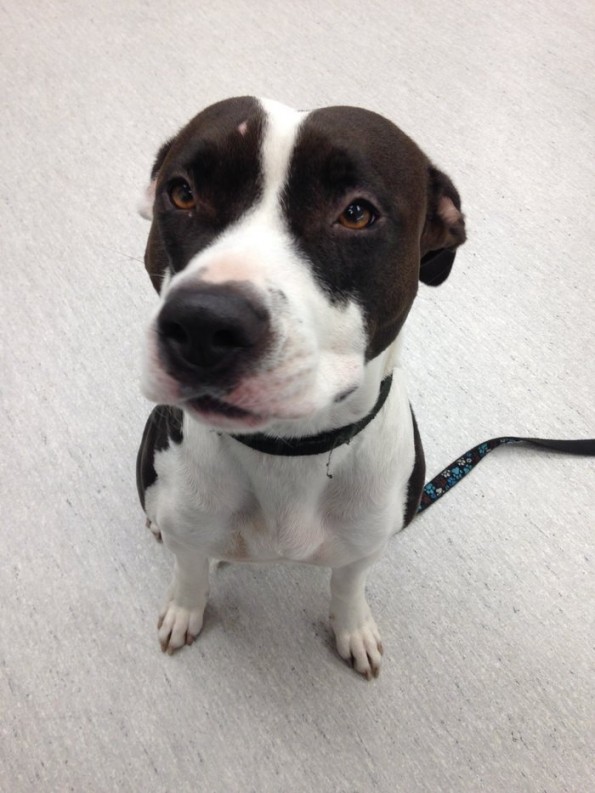 Many pet owners have the good sense to get their pets microchipped, as they have many benefits. Microchips are recognized worldwide; they last for a very long time and have reunited many lost pets with their families.

Some pet owners, especially those who rescue a pet that was previously microchipped, don’t always realize that the microchips need to be registered to their name. If a microchip has not been properly registered, it can make getting a lost pet home very difficult.

The other day, a couple came into Amherst Veterinary Hospital with a dog they had found wandering the streets not far from our clinic. Unfortunately the dog wasn’t wearing a collar and had no tattoo, but she looked to be in good shape. We offered to keep the dog here and try to find her family. We brought the dog to the treatment area and scanned her for a chip. Luckily this lost girl was microchipped! We quickly looked up the chip number only to discover that it was not registered to a specific owner but to the San Bernardino Animal Control in California. Either this dog was a long way from home or her family had forgotten to register her chip when they adopted her.

So, our wonderful detectives jumped on the case contacting the California shelter; the shelter was able to give us the number of the woman who had rescued her. Apparently this lovely girl was scheduled to be euthanized. Luckily, she was rescued by an organization who takes in dogs on death row. We sent a photo of the dog to the rescue group, they recognized her (then known as “Rain”), and were able to provide us with the name and number of her current owners.

Excited to have cracked the case, we phoned “Rain’s” current owners, only to be greeted by “this number is no longer in service.” Unsure of how to get in touch with the owner we contacted the rescue organization again. They agreed to send the owner a message on Facebook with the dog’s photo and our clinics information informing them that we had their dog.

Within minutes, the owners were in touch with us and someone was on route to pick up “Rain” (Who we found out is now named Rhea)

At the end of the day, all that matters it Rhea is home and safe; we are so glad to have helped Rhea find her way home. Rhea, safe and happy with her family in the park.

Rhea’s owner wrote about her side of the fiasco; this is what she had to say:

“Rhea is my Staffordshire Terrier who I rescued in December 2014. I originally was only going to foster her, but was unable  to give her up as she is the most sweet, loving cuddlebug of a dog.  She has become my best friend and very rarely leaves my side. We have been staying at a friends house at Collingwood and 10th while renovations are being done at our home. On October 22 I left the house at 11am to run errands. When I returned at noon I was told that Rhea had gotten out. I immediately ran outside and started to call for her. My friends joined in the search and we all split up and pounded the pavement calling her name. We met back at the house at 1pm and were making signs when I got the message that Rhea had been found, and thanks to her microchip the vets office was able to contact me! A kind couple had found her at Broadway and Dunbar and brought her to the Amherst Veterinary Hospital, where they were able to read her microchip and reach out.

While Rhea waited to be picked up she was spoiled with affection and treats! She was picked up shortly after 1pm! Thanks to her microchip the whole ordeal lasted not much longer than an hour.  Collars may fall off, but a microchip is permanent and reliable; Rhea’s microchip gives me a peace of mind. Everyone should definitely have their pets microchipped!  You never know what may happen, having a way to be contacted if your pet escapes can potentially save you a lot of heartache.”