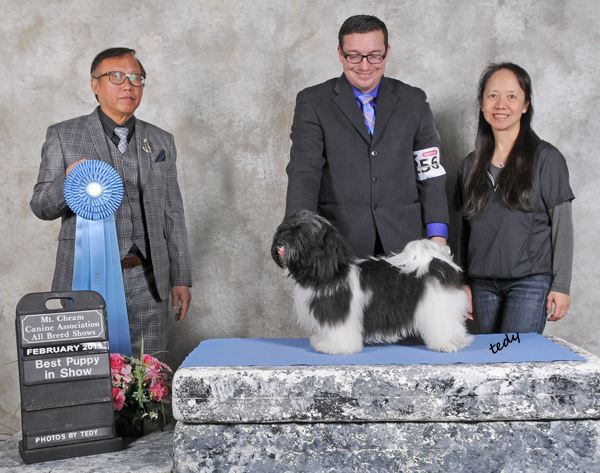 One of our patients here at Amherst is a dog show champion! Meet Charlie, he is an 8 month old Havanese puppy. In just 5 shows Charlie has gone undefeated and has obtained his Canadian Championship. A championship is awarded to dogs that have passed through a process of selection at dog shows.

We first met Charlie when he was just a new puppy. Since the start he’s been a goofy, happy, affectionate little guy.

Charlie began competing in February. His first competitions were at the Mount Cheam Canine Association and All-Breed Championship shows which were held in Chilliwack. At the Mount Cheam show Charlie won Best Puppy in Show at just 7 months of age! Charlie beat out over 100 puppies to win this amazing award.

The following weekend Charlie competed again, this time in the Victoria City Kennel Club where he went undefeated.

As of March 1st, Charlie is ranked the #1 Havanese puppy in British Columbia! This means Charlie received his Championship.

We could not be more excited for Charlie and so proud to have a Champion amongst us!

We look forward to hearing about more of Charlie’s achievements as he continues to compete. Way to go Charlie!