Pet (family) of the Week 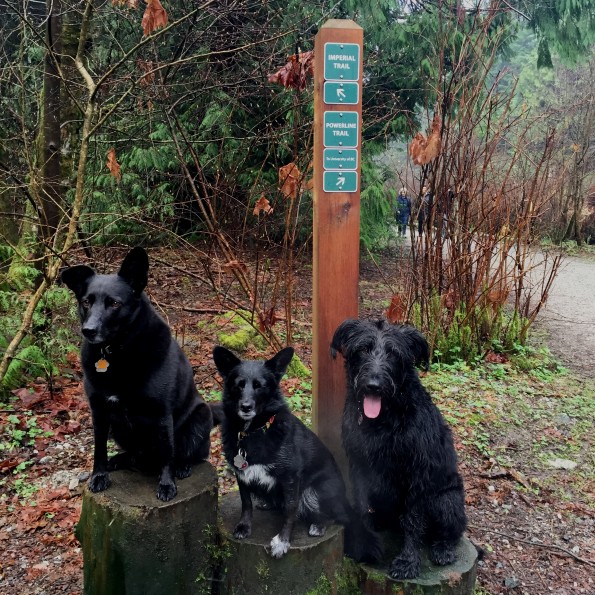 Flash, the big dog trapped in a little dogs body.

This weeks “Pet of the week”  consists of a whole family of pets, 6 and a half (I’ll explain the half shortly) to be exact. One of our clients recently shared with us the story of how their pets came to be a part of their family and we couldn’t resist sharing. Storm, Flash, Gizmo, Roxanne, Willie, Mitchell and Cat Stevens are 4 dogs and 3 cats who share the same home. Gizmo is the “half pet,” as his permanent family travels a lot so he often visits and each time he does, he fits in perfectly with the pack.

All of these animals were adopted through various SPCA shelters. The first two pets to join the family were a bonded pair of adult cats, Willie and Mitchell. They had a rough start and were left in a Rubbermaid box outside of the West Van Shelter. The next four legged family member to join the clan was Flash, a beautiful all black mixed breed girl. Flash is full of beans! She’s always energetic; Flash is best described as a big dog trapped in a small dog’s body. Willie and Mitchell all cuddled up.

The next pooch to join the family was Storm. The family had always wanted a lab, so when a black lab puppy was available for adoption at the Kelowna SPCA shelter they took the day off work and hit the road to meet their new puppy. Once at the shelter, it quickly became clear that this was not a lab puppy at all. He had a curly tail and a full ginger beard at only 8 weeks of age! But this little puppy had a unique charm and they couldn’t resist taking him home. The little “lab” pup grew to become an 84 lb. wolfhound cross who is quite the character (and definitely lives up to his name). For such a big brave looking dog, he has some funny quirks; Storm is terrified of any cooking sounds. Last summer the family fostered two kittens from the SPCA, they found a home for one of the kittens and decided to keep the sweetest one and called him Cat Stevens; he is a beautiful orange and white cat. Cat Stevens was raised by all of the dogs in the family and because of this he has a laid back, chilled out persona and is always very relaxed with the dogs around.

The very last four legged friend, Roxanne, came to join the family two short months ago. She came from Vernon where she had been chained to a tree before being surrendered to the SPCA. She had been adopted but then quickly returned to the shelter as she was very anxious. Poor Roxanne was nothing but skin and bones, with a very matted, coat. A visit to the groomers and then a trip to our clinic for a thorough physical exam was all she needed to start feeling better. Roxanne has adapted and settled in extremely well with the family, she seems to have a special bond with Storm. There is some speculation that Roxanne and Storm could be related, as one of her puppies from a recent litter looks and acts just as Storm did when he was a pup. From left to right: Gizmo, Flash, and Roxanne.

Although each of these pets has come from a different start, they are all fortunate enough to have found their way into the same loving home. Here at the clinic, we always look forward to when the whole family visits; they are always so happy and have great new stories to share.